The events depicted in this motion picture happened one night and are, in portion, based on urban legends. Perhaps even ordinary urban legends. But the night of the events, our main characters will face fear in their most various ways. While the City Governor is facing the acusation of being responsable for a tragedy that led to the death of 15 persons when a building in construction fell apart. Perhaps, all citizens of the city should be concerned about that. But those who don’t will confront their own demons. Hernán and Gabriela, two lovers from work, go to a motel without realizing that inside the room, behind that mirror there is something waiting for them. Lucio and Paulo have a plan to swap girlfriends without realizing that the trick is going to be played on them. Not far from there, a group of friends are watching a snuff movie without realizing that the real terror could be sitting next to them. And Juan attends a date with Sonia thinking he is going to get laid but he realizes that she has bigger plans for him. And finally it all blows up after the word “innocent” is said and all the responsable people of the tragedy are free. And the answer for that injustice comes from the most unexpected place. Girls. Boys. Men. Women. French kissing. Sex. Blood. Screams. Suspense. Violence. Rage. All in the same night, that is “TERROR 5”. 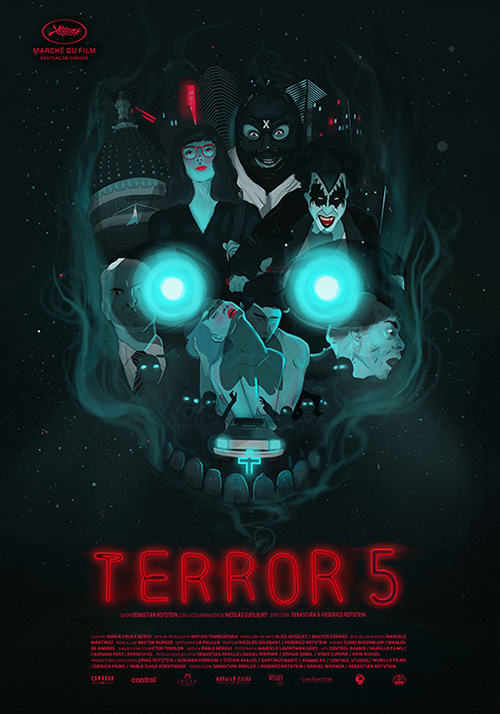